Oberlin College News
Oberlin College Library has jumped into Tumblr, as have so many other college and university libraries. Check us out! http://oberlincollegelibraries.tumblr.com/  This is a shared endeavor among staff in eight different departments of the library system thus far, with one point person managing the process.  Our first three months on Tumblr have revealed hidden gems in the collections as well as people, spaces, and intriguing bits of history on Throw Back Thursdays.
Alison Ricker, Oberlin College, Procedures Manual Coordinator

Rocki Strader has an article just published in the December 2015 issue of Notes of the Music Library Association. This article is the result of a project for which I received funding (in 2014) from ALAO’s Research and Publications Committee.  Citation information: 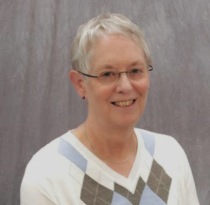 Constance J. Britton, Librarian at Ohio Agricultural Research and Development Center, The Ohio State University, retired November 30, 2015.  Connie’s career took her to Alma College, Andrews Library at the College of Wooster and finally to OARDC in 1981, where she served until her retirement.

During her professional career, Connie was involved with several funded projects, including NEH preservation grant projects in 2004-2006 for $101,891 and another in 2002-2004 for $36,438. She authored and co-authored several articles and presented at agricultural conferences as well as at the annual ALAO conference.

In 2005, she received the OARDC Outstanding Staff Award and was awarded the AgNIC Distinguished Service Award in 2011.  When asked what in her career she was most proud of, Connie responded, “the NEH Preservation grants, my service as President of the United States Agricultural Information Network (USAIN), chair of Agriculture Network Information Collaborative (AgNIC); and my AgNIC Distinguished Service Award and OARDC Outstanding Staff Award.”

We OSUL regionals will especially miss Connie as a colleague and collaborator; I will miss her most as a mentor and friend. Please join us in congratulating and wishing her a happy retirement.
Betsy Blankenship, The Ohio State University at Marion/Marion Technical College

Walsh University News
Alyssa Mitchell has been promoted to the position of Public Service and Access Librarian. She knows the library well from her years as an undergraduate student at Walsh.  For the past 2 years she has served as the Evening Circulation Supervisor while working on her Masters of Library and Information Science (MLIS) from Kent State University, which she completed in May.

Stephanie Henderson has been selected as the Instruction Services Librarian at the Brother Edmond Drouin Library.  Stephanie brings eight years of academic librarian experience to this position including leadership roles in coordinating instruction programs.

Stephanie joins Walsh from Eckerd College in St. Petersburg, Florida, where she served as the Electronic Resources Librarian for three years.  Prior to Eckerd, she held the position of Instructional Services Librarian at Northern Kentucky University.  Stephanie earned her Master’s in Library and Information Science from the University of South Florida and her Bachelor of Arts in Biology from Berea College.
Heidi Beke-Harrigan, Walsh University

This is the second of two visits between Wilmington and Bluffton, both schools with origins in historic peace traditions (Quaker and Mennonite). A tour of Wilmington’s Peace Resource Center and conversation with the new director, Tanya Maus, was a special focus. Other gatherings with campus leaders and a walk-through of the Quaker Heritage Center rounded out the time together.   Wilmington and Bluffton are OPAL Consortium partners and are looking for additional opportunities to collaborate given “our affinity as colleges rooted in peace,” in the words of Mary Jean.   Hosting for Wilmington were Watson Library Director Brian Hickam, Lee Bowman, Kathy Hatfield, Patti Kinsinger, and Joni Streber.
Patti Kinsinger, Wilmington College

This entry was posted in Uncategorized, Vol. 33 no. 4 (Dec. 2015) and tagged People & Library News. Bookmark the permalink.